Creosote is that nasty residue that builds up in your chimney after repeated fires. This sooty, tar-like buildup is a result of wood fires. Over time, it can pose a fire danger since it can ignite inside the chimney and cause a chimney fire. Thick buildups can also prevent smoke from exiting the chimney properly. The following tips can help you manage and prevent creosote buildup in your fireplace.

The key to a creosote-free chimney is to burn hot. Cooler fires are more likely to produce soot, since not everything will fully combust. A roaring fire is much better than a small smokey fire. A slow, smoldering fire that is more embers that flame is the worst offender. If the fire is going out, smother it instead of allowing it to smolder.

Unseasoned or "green" wood hasn't been properly dried. The result is wetter wood that burns at a low temperature, which means heavy creosote buildup. Wood should be cut and stacked for at least a year before burning to ensure it is seasoned well enough so that it dries and burns quickly.

These logs are touted as an easy option for a quick fire. Most are made from sawdust and paper that is held in the semblance of a log shape with resins. They tend to burn cool and produce a lot of creosote, so they aren't meant for regular use. Stick to real logs for a safer fire.

Tip #4: Give your fires air

Once creosote begins to build up, each additional fire will add to the residue. This is because it is easier for creosote to cling to a dirty chimney. Schedule an annual cleaning right before fire season begins. The chimney sweep will remove any buildup, inspect for masonry and chimney liner damages, and check that the cap on the chimney is in good condition. 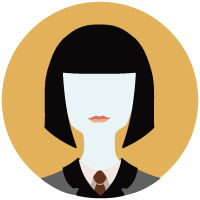 There aren't many things that make me mad as a business owner, but a messy space is definitely one of them. I started noticing that I was having some serious issues with my employees keeping things clean after a member of our board commented on the problem a few months ago. I knew that I needed to make things right, so I hired a cleaning services company to help. It was incredible to watch how effectively they cleaned, and I knew that I would be a customer for life. Read more on this blog about how to keep your business cleaner than ever before.

When Should You Get Lead Testing For A Home
26 January 2023
There are a number of reasons why individuals might need to request lead testing. This toxic material is often associated with paint in older homes an …

Spring Is Almost Here: How Pressure Washing Can Restore Your Home After Winter
12 January 2023
Winter is in full swing. It's time to start worrying about your home. Winter weather can wreak havoc on your home. This is especially true with regard …

Air Duct Cleaning: A Forgotten Home Cleaning Need
29 December 2022
When it comes to keeping your home clean and keeping air quality great, one thing you should not ignore is the air duct cleaning your home needs. This …